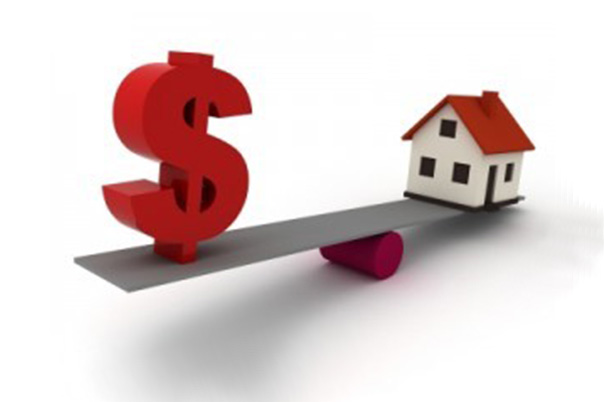 When the lender agrees to do a short sale, that means the lender is accepting less than the total amount due on the property. For complete details on this you might want to read my post on “Short Sales 101”. But for our purpose here I am going to assume that you not only know what a short sale is, but that you understand the term.

Now I have noticed numerous comments about the possibility of a deficiency balance after a short sale.  I have also received a lot of email questions and telephone calls from agents asking about what to do if the bank release does not specifically state that the short sale is in full satisfaction of the debt. In this article I will go over what you need to know to make sure this does not happen to your client.

In the past short sales and foreclosures generally did not involve a deficiency balances because most properties historically appreciated so fast that a sale would bring in more than what was owed on the loan.  Many bank REO’s if kept long enough would often appreciate so fast that all a lender needed to do was sit on it for a while and they could not only get their money out but probably even profit a little.

There has been a lot of controversy recently in the news about sellers not being fully released when they sell their property through short sale. It is my opinion that as agents we have a responsibility to try and get our sellers released from deficiencies!  Keep in mind that this is just part of the negotiation and when and or if the agent is educated on the subject they should be able to get it accomplished.

With the new HAFA law that goes into effect on April 5th it is speculated that more than 65% of the sales in the United State will be short sales so please pay attention.

What, When, and Why they Pursue the Deficiency

Whether the servicing lender could or would go after the deficiency balance first starts with the servicing agreement between them and the investor.  There is no clear system or policy that says whether this will happen or not.

With the federal government so actively involved in the explosion of foreclosures, bailout programs, and attempts to reduce foreclosures, there is presently negative pressure on lenders to not pursue deficiency balances.  Finally, the decision for pursuing a deficiency balance involves the nexus between the capacity of their legal, bankruptcy, and collections departments and the facts of each case.

The customers they are likely to pursue are customers against whom the lenders believe they may be able to collect.  A professional in his 30’s, with a good income who ended up in financial trouble when he lost business because of mismanagement, who has now moved to a new area and started working again, can be rehabilitated in a relative short period of time.  The deficiency is large, so they will likely pursue this customer.

Secondly, if a lender is going to seek a deficiency, it most likely will occur within the first year.  Each year, in January, the lenders must issue their 1099s.  A 1099 is the form they use to report to the IRS the amount that has been forgiven in a short sale or foreclosure.  So, if the borrowers receive a 1099 for the deficiency balance, the lender may be “estopped” thereafter from pursuing the debtors.  The lender receives a tax benefit from the forgiveness, and the borrower may incur a taxable event as a result, so the lender may be estopped from further action.

Third, is to request a promissory note for part of the deficiency. One could assume, that in most cases, that if there is no promissory note demanded as a condition to approval, there will not be a deficiency balance sought. Unfortunately is not the case in most areas, although in some states depending on state law, the bank cannot pursue the seller for a deficiency.

I think a majority of agents assume that if the bank accepts the short sale, the seller is automatically being let off the hook for the deficiency. The fact is that if the terms are not clearly spelled out in the approval letter with language such as, “seller shall be fully released from all further liability or debt, and we, “The Lender”, shall not pursue any deficiency judgment”, then there is a good chance that they will attempt to come after your client.

Don’t let this Happen to your Client

Here is where you as the agent do your best work, because it is your expertise that is going to get the proper language in the approval letter. Lucky for you that on a principal residence this is a lot easier because most banks take the IRS perspective of letting the seller off the hook, but only if you make that part of the negotiation.

Hopefully you are familiar with the IRS perspective but just in case you’re not here it is in a nutshell.

“The Mortgage Debt Relief Act of 2007 generally allows taxpayers to exclude income from the discharge of debt on their principal residence. Debt reduced through mortgage restructuring, as well as mortgage debt forgiven in connection with a foreclosure, qualifies for the relief.

This provision applies to debt forgiven in calendar years 2007 through 2012. Up to $2 million of forgiven debt is eligible for this exclusion ($1 million if married filing separately). The exclusion does not apply if the discharge is due to services performed for the lender or any other reason not directly related to a decline in the home’s value or the taxpayer’s financial condition.”

In most cases on a principal residence, this rule relieves the buyer of any taxable “gain” on their home through short sale. In the past, the seller would receive a 1099 for the difference of the mortgage balance vs. what the property sold for at short sale.

Banks would obviously rather perform a short sale than a foreclosure. The numbers show that it costs the investor another 30% if they have to foreclose. So if you are involved in a short sale as the agent you should consider it a requirement that your seller is fully released. Once you receive the approval letter as with any legal document your sellers should consult with an attorney to know the ramifications. I would never attempt to interpret an approval letter, no matter how versed or experienced you are, without a lawyer’s help.

A second home is a tougher situation altogether and to get your sellers fully released it is much more difficult, but not impossible. Second liens are the easiest because the bank is in a second position, and, in almost every case, if the property goes to foreclosure, they get absolutely nothing. Second lien holders will usually require some type of payment from the first, and they will generally fully release the seller on a primary residence.

Every situation is going to be different and as the deal gets more complex it will probably become more difficult. For example investment properties, second home, in both of these situations, remember if the bank has to foreclose, their probable loan loss will be much greater, and depending on what your seller is willing to do they may not get the property back for over a year.

Regardless of what the banks tell you or what you read in the media, you can get your sellers fully released, and successfully close short sales to your sellers benefit. There are many agents out there doing this and doing it right.

If you have any questions on short sales, or real estate just drop me a line I would be more than happy to help.